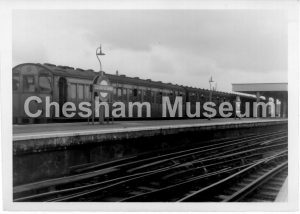 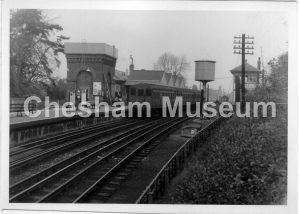 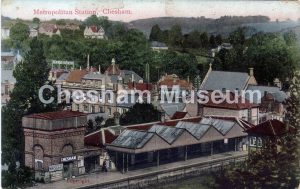 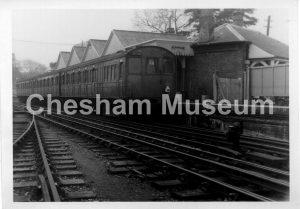 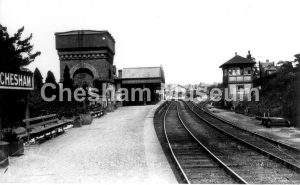 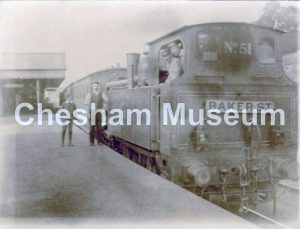 The history of Chesham railways

The railway to Chesham was originally planned by the Metropolitan Railway to form part of a through route via Rickmansworth to the London & North Western Railway at Tring, and opened in 1889. However, changes to the Directors of the L&NWR lead to deteriorating relations between the two railways. As a result, the plan was dropped in favour of continuing the main line of the Metropolitan Railway north westwards from ‘Chalfont Road’ (known as Chalfont & Latimer from 1915), via Amersham to Aylesbury. That line opened in 1892.

The lines north of Harrow (including the Chesham Branch) were from 1906 operated under an agreement between the Metropolitan Railway (MR) and the Great Central Railway (GCR) under a Joint Committee. Initially the MR provided most of the stock and locos to operate the branch including the goods service. These services included from 1909 to 1939 inclusion of a ‘Pullman Car’ within some through ‘City’ services.

The MR ceased to exist in 1933 on formation of London Transport, and from 1937 the steam locos to operate the branch were provided by the LNER (successors to the GCR). To this day one of the benefits of the original Joint Committee is still obtained through joint ticketing facilities between Chesham and Baker Street / Marylebone using either Metropolitan Line or Chiltern Line trains from Chalfont & Latimer.

Although almost all services were provided by London Transport, an unadvertised (but publicly available) steam service left Marylebone at 3.55am for Chesham with newspapers, returning to Marylebone as the first train of the day at 5.58am. Steam operation of this service ceased in 1962, following which the train was operated by the 1960s vintage diesel multiple units until 1967, when the service ceased. Since then all services have been operated by LT/LUL.

In 1940 London Transport adapted two three car sets of ‘Ashbury’ carriages to form the branch set, and operated with ex-GCR 4-4-2 tank locos fitted for ‘push-pull’ operation – meaning the train could be powered from one end in both directions.

This stock and method of operation continued until the branch was electrified in 1960, the ex-GCR locos having been replaced by ex-LMS locos in the late 1950s. For a short while the branch was operated by former MR ‘T’ (‘brown’) stock used on the Watford branch, until replacement by the A60/62 (‘silver’) stock in 1962. The only exceptions were the two through trains to the City each way, originally hauled by the ex-MR Bo-Bo locos to Rickmansworth, and thence to Chesham by Steam. Between 1960 & 1962 these were hauled all the way by the Bo-Bo locos until replaced by the A Stock .

One of the Ashbury sets was preserved by the Bluebell Railway and has been seen in recent years on ‘steam specials’ operated by London Transport Museum, in conjunction with ‘Sarah Siddons’ one of the ex-MR Bo-Bo locos still operated by the Museum.

Also seen in recent years at Chesham (including the branch centenary in 1889) has been steam loco ‘Met Railway No 1’, owned by the Buckinghamshire Railway Centre at Quainton. Various other steam locos have also visited Chesham in recent times as part of ‘Steam on the Met’.

The Goods Yard had originally been busy principally with coal supplies inwards amongst other traffic, and outwards with water cress from the local beds in the Chess. Eventually in 1966 all goods services ceased and the yard was closed, and subsequently converted to the two car parks.

In connection with the electrification in 1960 a short bay platform was built to house the shuttle train when the main platform was occupied by a through ‘city’ train. In 1970 the service was changed to ‘one train’ operation and all signals at Chesham were removed and the Signal Box closed. This bay and other redundant track-work was removed and now forms part of the station garden. The shuttle itself ceased operation in 2012 when introduction of the current ‘S Stock’ 8-car trains (which could not be divided) meant there was insufficient room in the bay at Chalfont, so the service then changed so all services run through to Baker Street and / or Aldgate.

All Chesham Museum material is protected by copyright. If you would like to order printed or digital copies of images without a watermark please contact us for more information.

Choose from the categories below