Well done and thank you to all who entered. We will put up a montage of runners up photos against the old photos soon but the overall winner of the £15 Waitrose voucher is Yukari – well done!

The 6 runner up prizes were as follows.
Julia (8) and her sister Maya (5)
Heidi (8) and sister Leila (5)
Charlie (10)
Lola (8) and her brother Arlo (4)
Julian (10)
Keira (5)
Don’t forget you can still do the trail just for fun as a family or solo activity and all the old clues and photos are on the website and this page. It’s such beautiful weather for it. 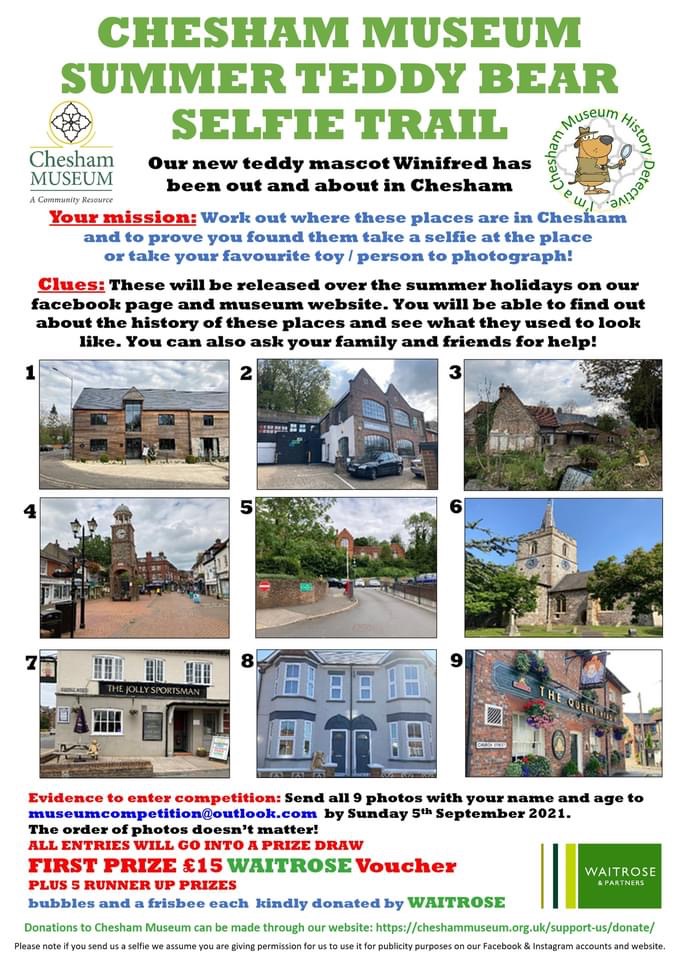 The Queen’s Head public house in Church Street was first licensed in 1746. 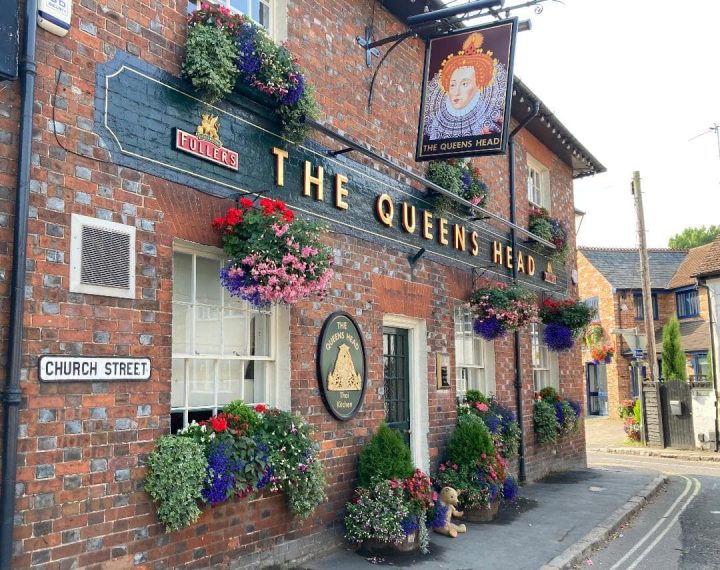 The second picture shows the drayman called John Gilbert who was born in 1863 but tragically died aged 44 in 1907 when he fell off the cart, leaving his poor wife with their seven children. 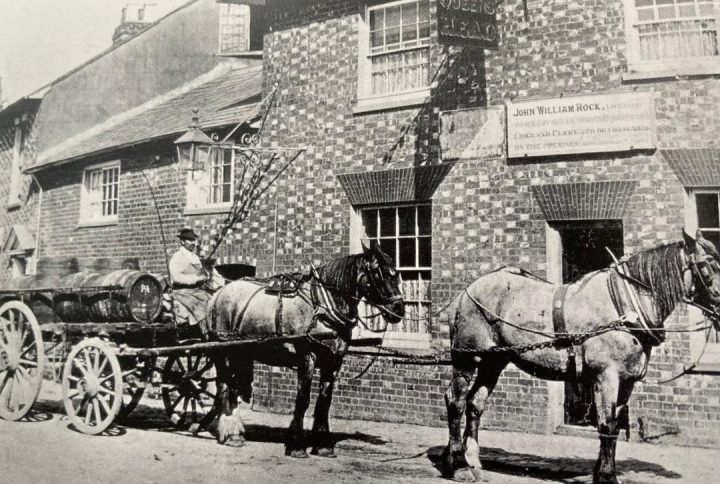 Did you know that the first ever mosque in Chesham was in a room in a warehouse on Waterside in 1960? It then moved onto this building in Bellingdon Road in the late 1970s and then the house next door was purchased in the 1980s. 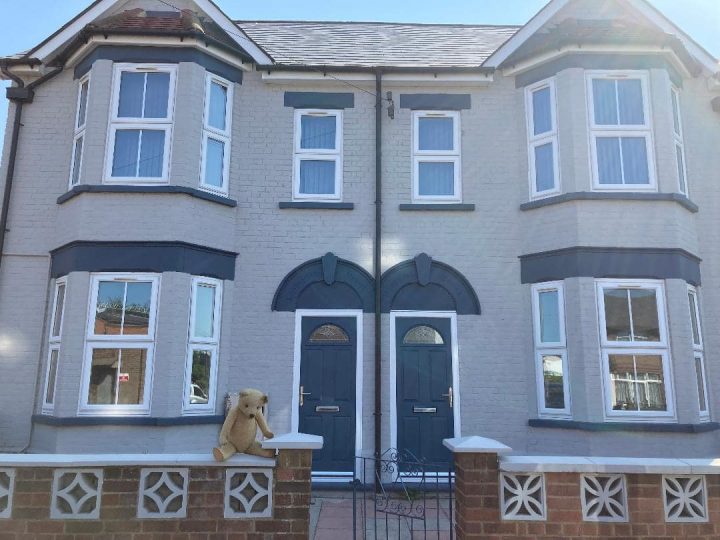 After tireless fundraising the Muslim community then built the self funded beautiful mosque across the road in 2005 but the two original houses are still used too by the mosque today. 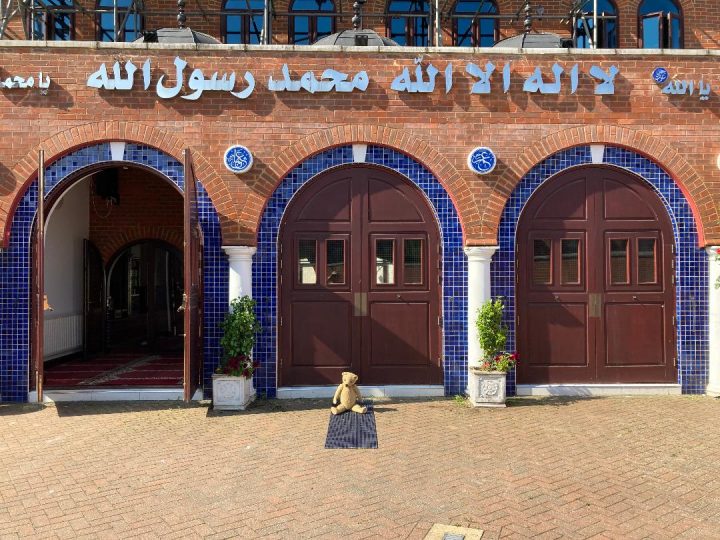 Can you see Winifred enjoying a local fantastic pub? 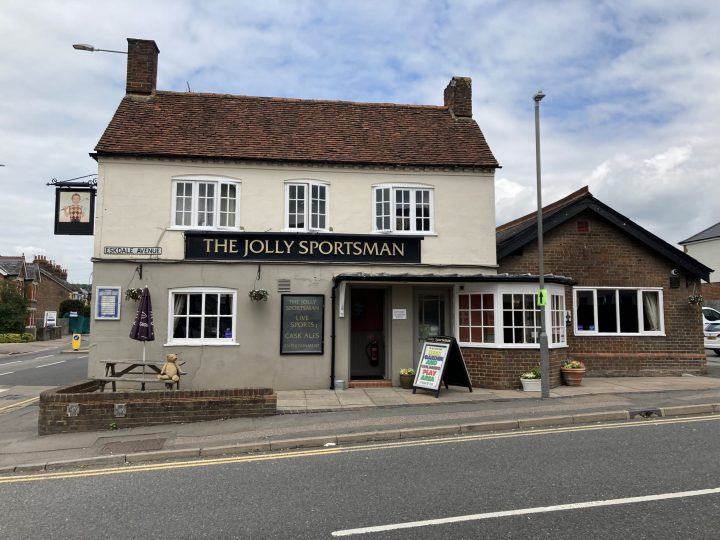 The Jolly Sportsman was first licenced in 1843! The picture below shows the front yard before it was removed for the building of what is now Eskdale Avenue which was originally called Khartoum Road! 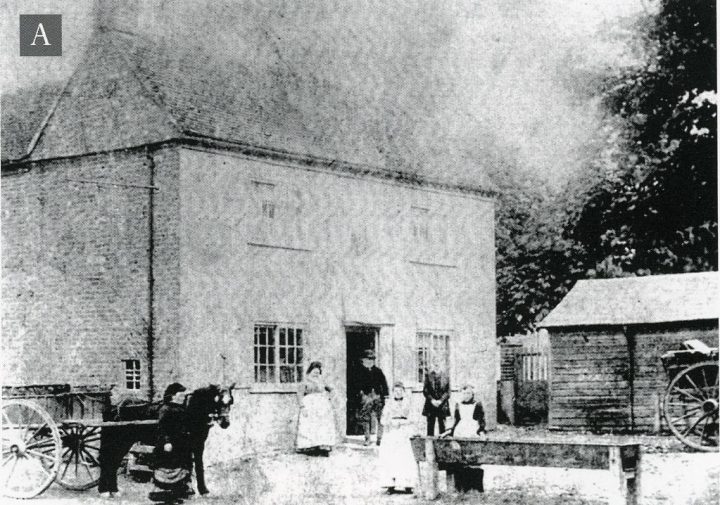 The next picture is from 1903 and shows a group of customers setting out for Ascot Races. Lots of boot makers and woodworkers from the local factories would be regular customers. 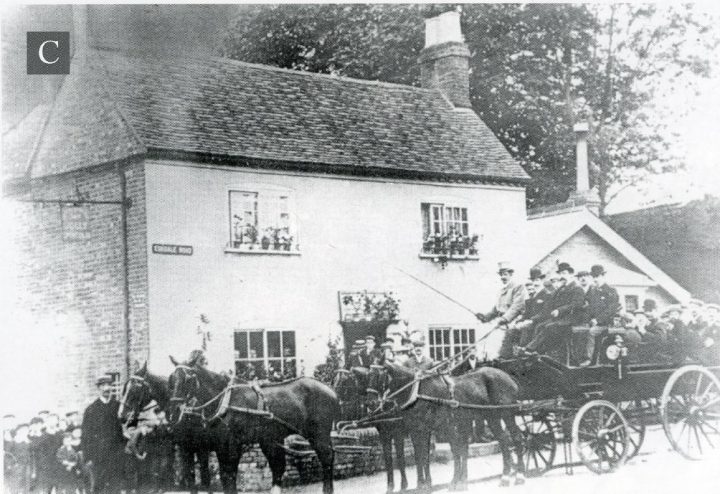 Winifred has been busy looking for pudding stones at St Mary’s Church. Some parts of the church date back to the 12th century! Pudding stones are made of lots of different pebbles and grains found in river channels like our river Chess. 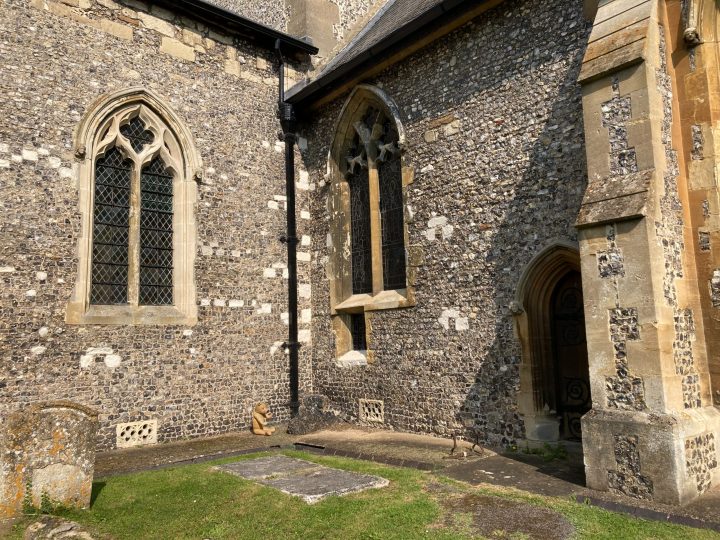 Chesham was first referred to as Caestaeleshamm in 970AD and named after ‘the river meadow at the pile of stones’ which refers to the pudding stones in the church abs surrounding area! These stones became known as pudding stones in Victorian times as they reminded people of plum puddings! 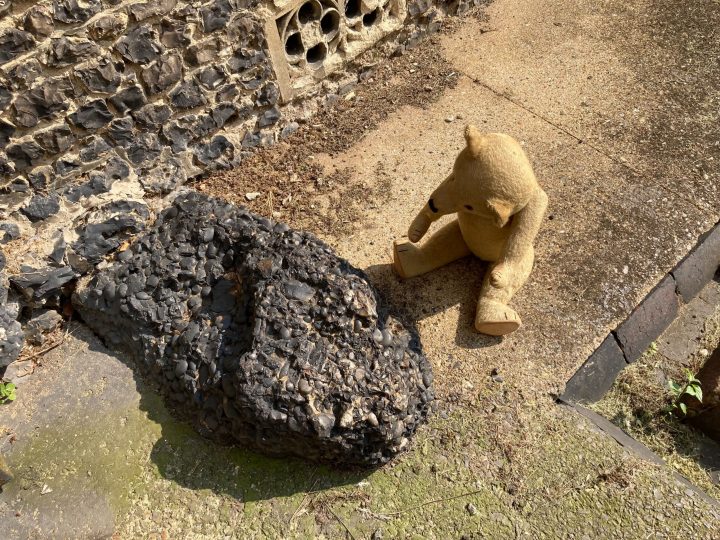 Can you spot Winifred looking across the road to picture 5 you have on your trail? 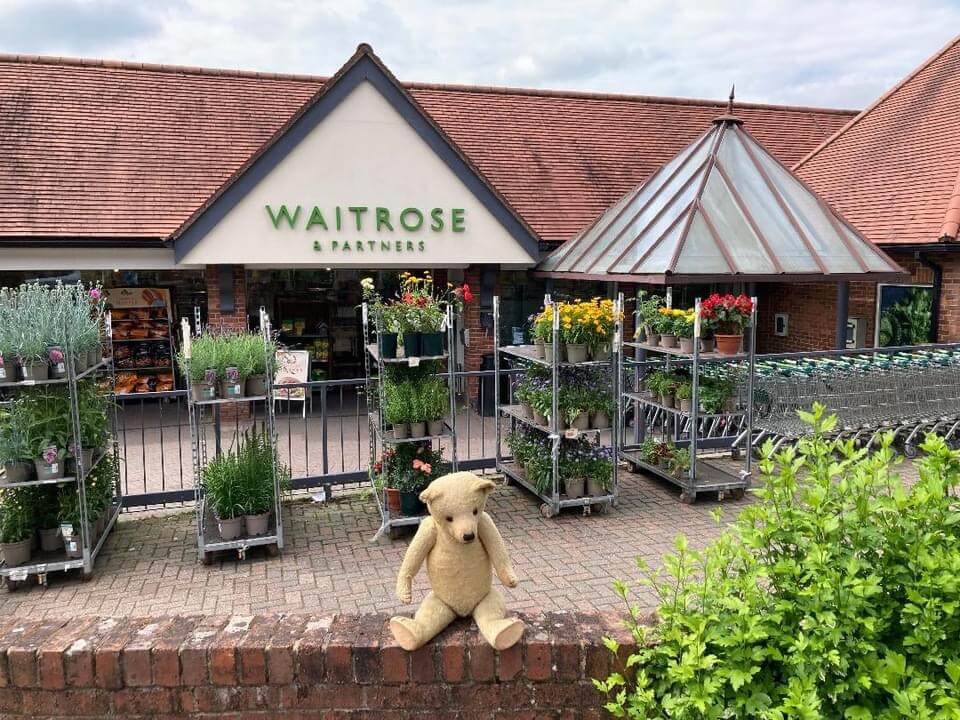 She popped in to thank Jason Probets at Waitrose for the trail prizes. Here is what was on the spot from photo 5 in the trail 100 years ago. It was taken from the top of White Hill and the railway engine shed you can see on the left hand side is the car park today. Chesham Brewery is the big building with the chimney you can see and there are modern flats there now. 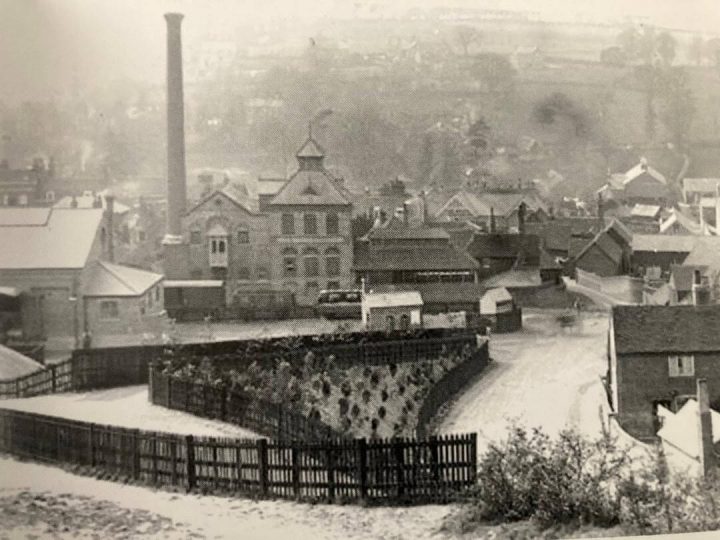 Thank you again to Waitrose for supporting the museum once again. Don’t forget to send us some photos as you go along.

Can you see Winifred in Market square in picture 4 of the teddy bear selfie trail above?

Here is also a picture of The Old Berkeley Hunt passing through Market square. Look how different it was! 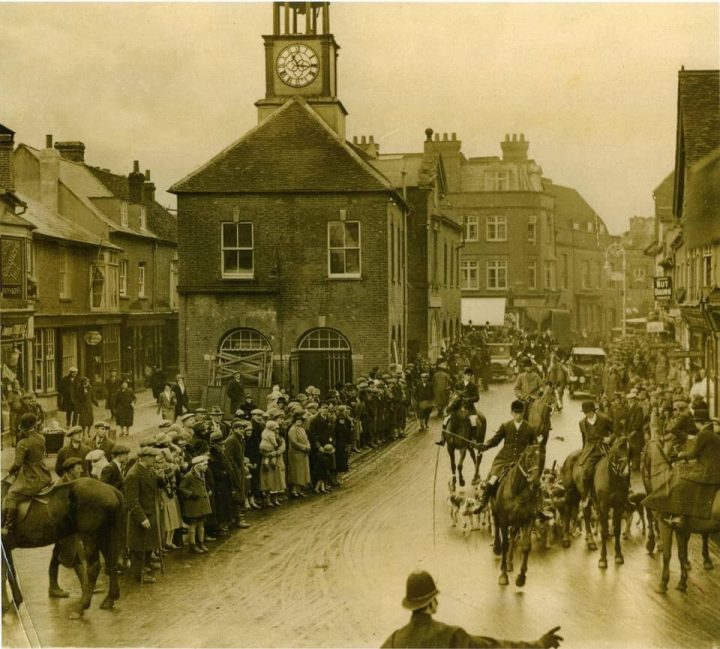 The second photo is from the 1960’s when the clock tower was removed but luckily we have it back again now! The bell in the clock tower used to ring at midday every Wednesday to show the market was open and we still have market day on Wednesdays now. 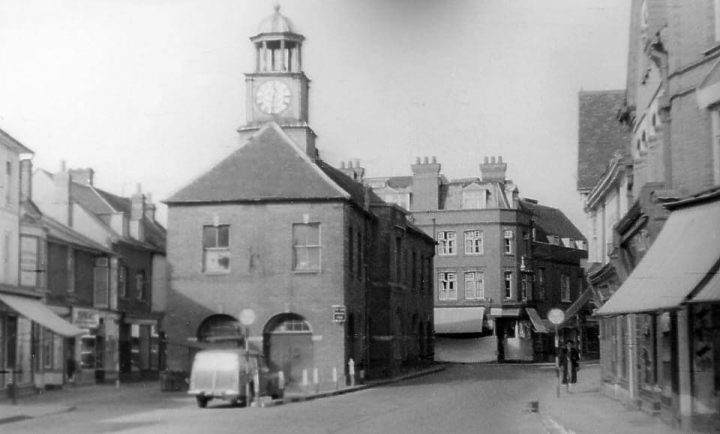 Can you spot Winifred at Lord’s Mill on Waterside? 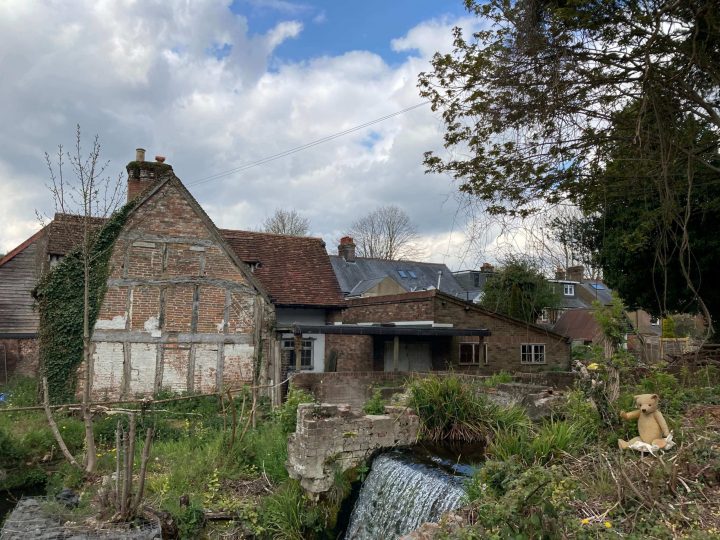 Lord’s Mill on this site is listed in the 1086 Domesday Book and there is evidence to suggest a mill stood here in the 10th century built by slave labour! Lord’s Mill was the oldest mill along the river Chess and used for grinding corn. Before it closed in 1955 it was the oldest working mill in Buckinghamshire. 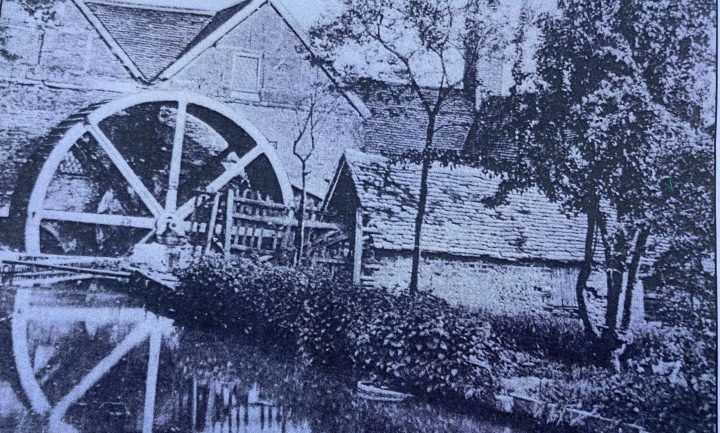 Compare the photo of the view today and the children in the old photo in the water, below. 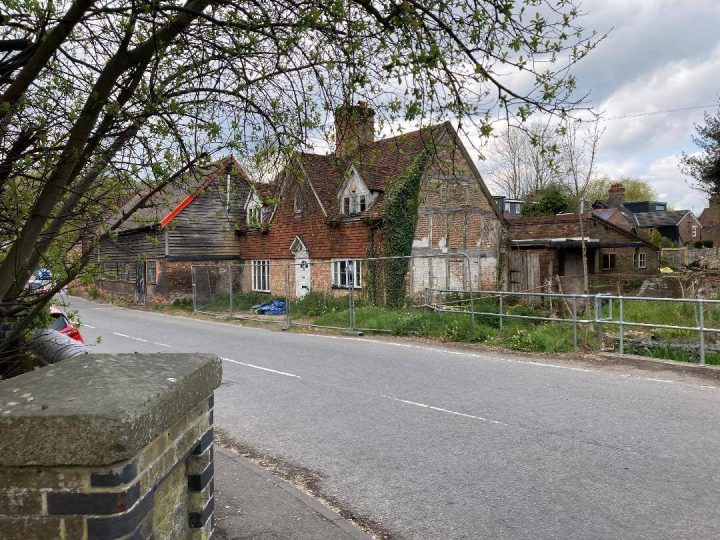 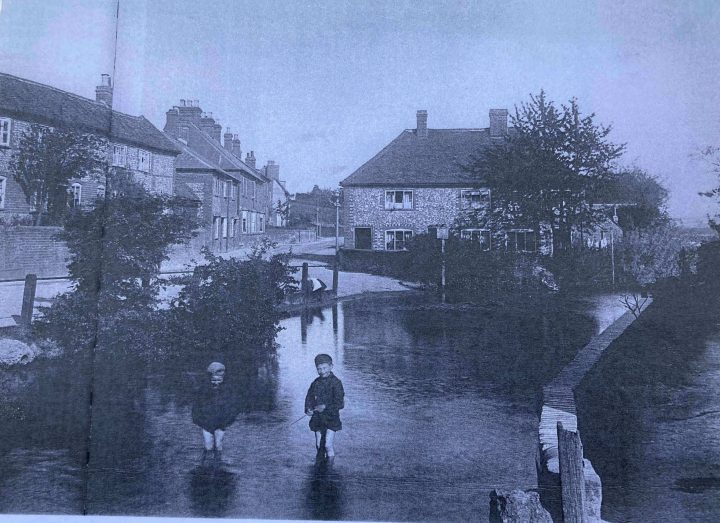 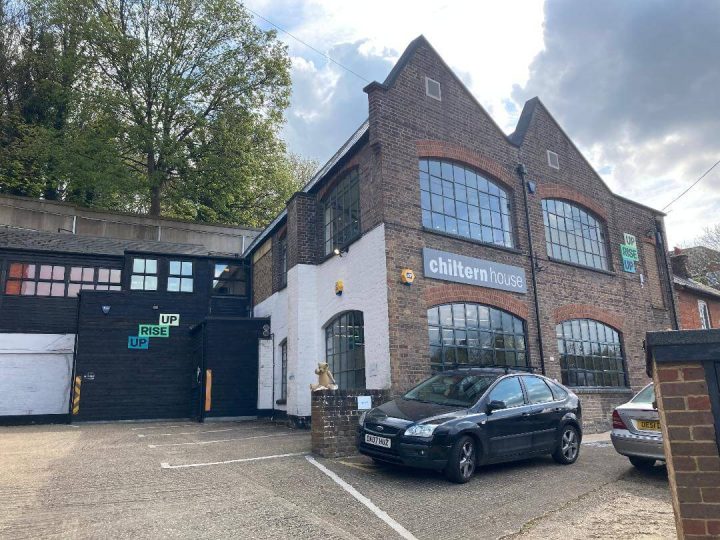 Here is a picture of what it looked like inside and don’t forget she is named after a Winifred who worked at this factory who is the last on the front row in the picture that is posed for. 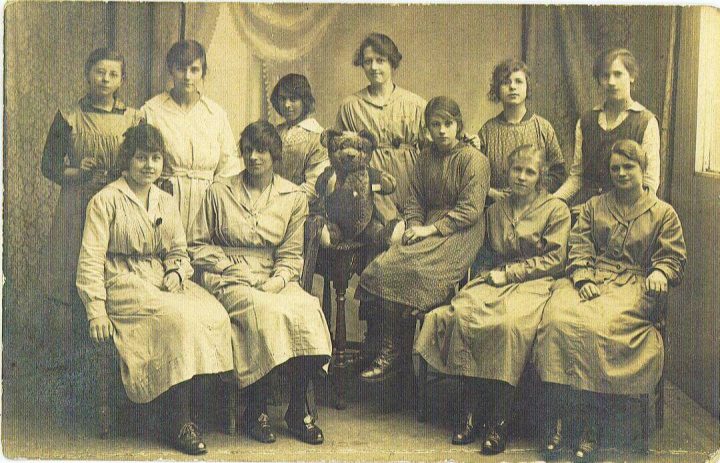 Winifred would have walked up and down Waterside to the factory each day making lots of famous the Chiltern ‘Hugmee’ bears. They only employed ladies and young girls who were not married so as soon as Winifred got married she would have had to leave! 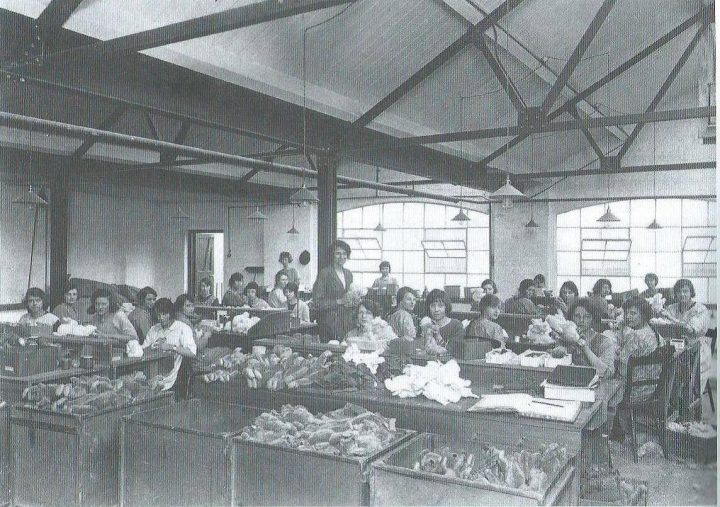 Can you see Winifred waving at this well known landmark? 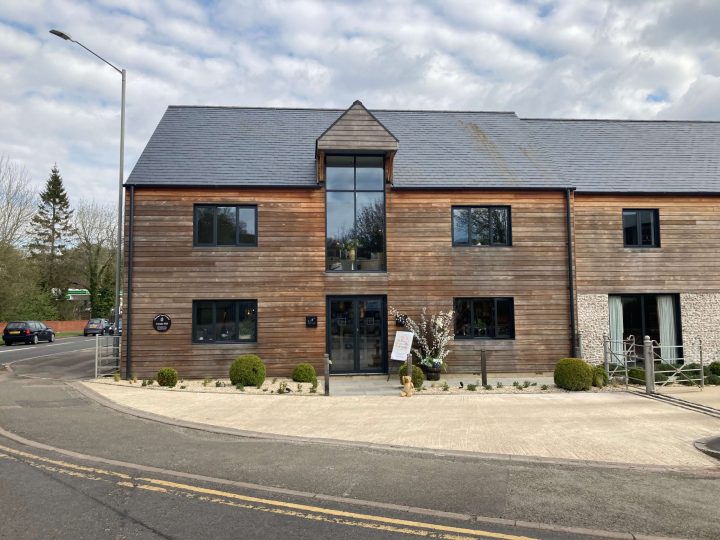 It used to be a water then steam powered mill that made toys, chicken runs and anything made from wood. Called Canada Mill after one of the owners went to Canada and came back. 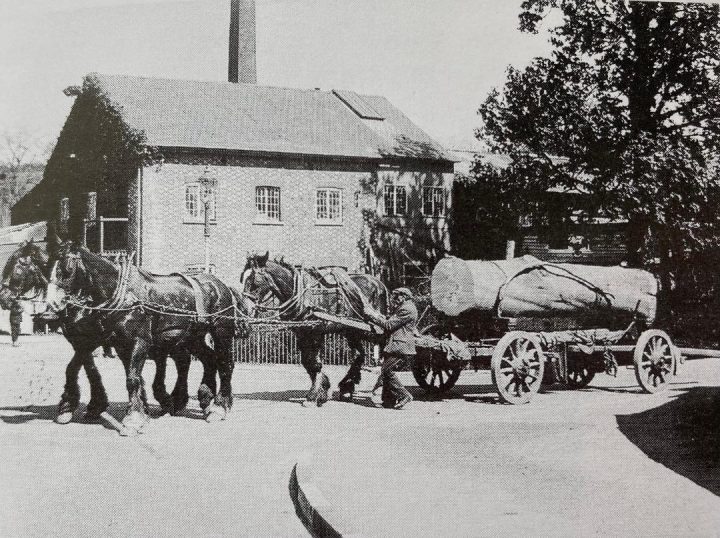 Just look at how much has changed by comparing it to the old picture. Read the plaque on the wall there to learn more.