We are delighted to announce we have a name for our lovely mascot – MEET WINIFRED!

Congratulations to Kay Cullen who has won our name the mascot competition with a lovely family connection to the teddy bear factory on Waterside. Winifred is last on front row with her two sisters Beatrice and Florence Glenister and was Kay’s Great Aunt. 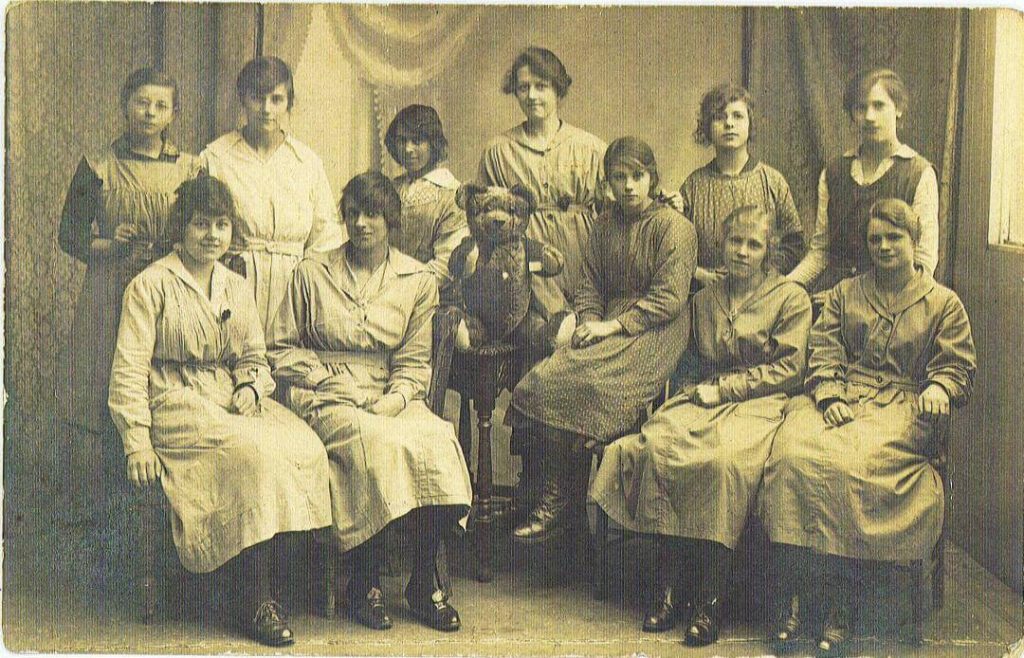 More to follow on this lovely story soon and Winifred the bear went to the site of the factory where the original Winifred worked- can you spot her? 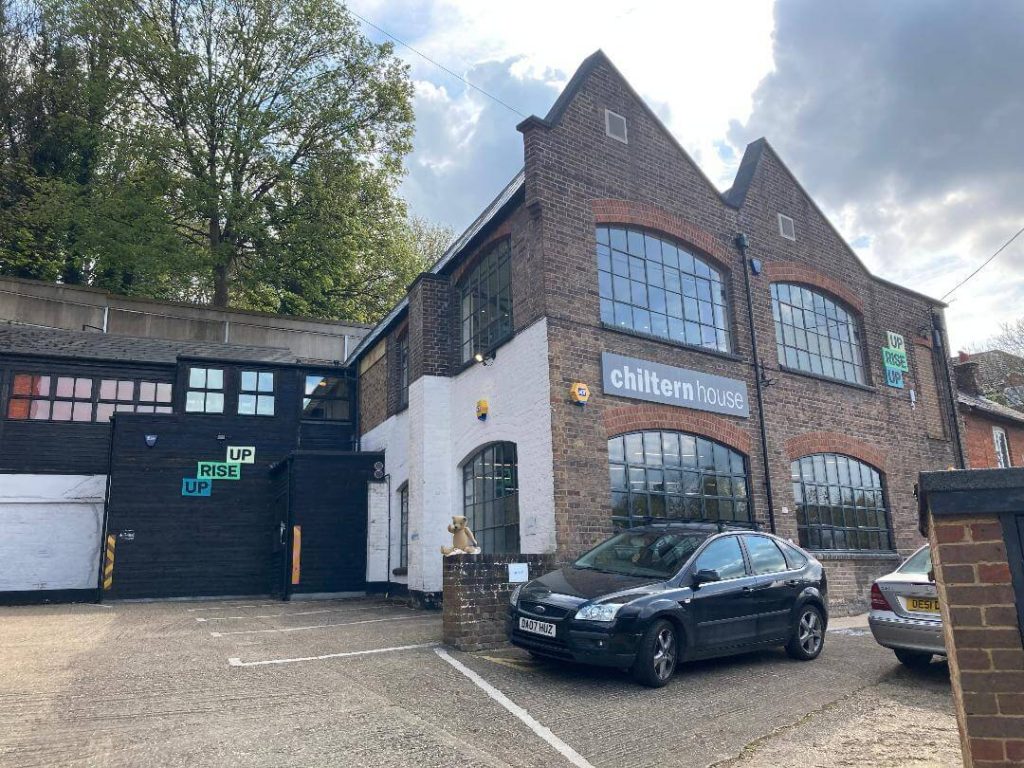 Thank you so much for all the brilliant entries and we had tough conversations. We are so grateful to the people who shared their ideas and stories with us but there could only be one winner.

Thank you also to Waitrose & Partners and Jason Probets for once again providing the prizes.

Keep an eye for Winifred’s summer selfie trail competition which will be launched this Saturday and she will be on the museum stall this Saturday outside OrbitPress.

If anyone would like to donate to the museum so we can help develop it further we would be very grateful. You can make a donation here.

Here are some of the places Winifred visited in Chesham en route to finding her name.

Teddy got a bit distracted looking for their name this weekend and ended up in the fabulous craft beer  and bottle shop Trekkers bar. It was quite busy last night for some reason! ⚽️ The Chesham Museum board outside has lots of amazing information about the history of brewing and pubs in Chesham. Teddy learnt that there were about 80 pubs in Chesham by 1900 but this slowly decreased over time. 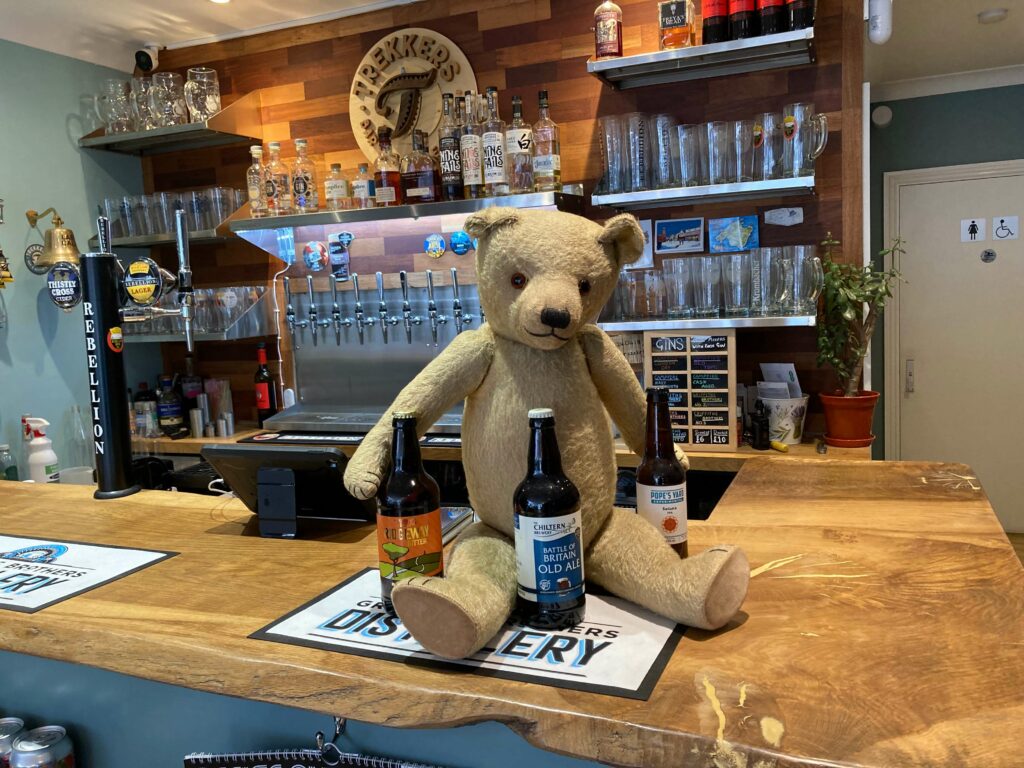 Teddy has been out looking for their name again but was distracted by the treasure trove that is Blue Haze Arts and Crafts. These Crystal Art Works look fun and more designs are available but teddy liked this one for some reason!

The old photo shows a butcher’s shop on this spot with its shutter raised and serving an early morning customer. The Blue Haze building also used to be a confectionary shop, then part of Chesham’s thriving boots business and then a wireless (radio) and electrical store. 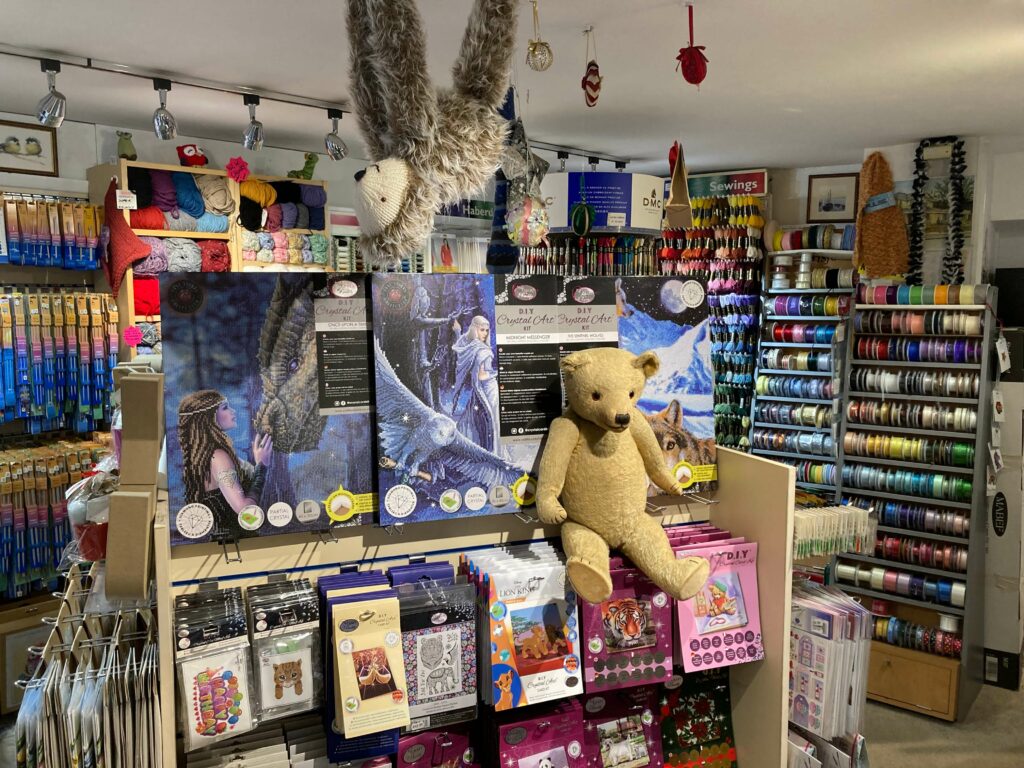 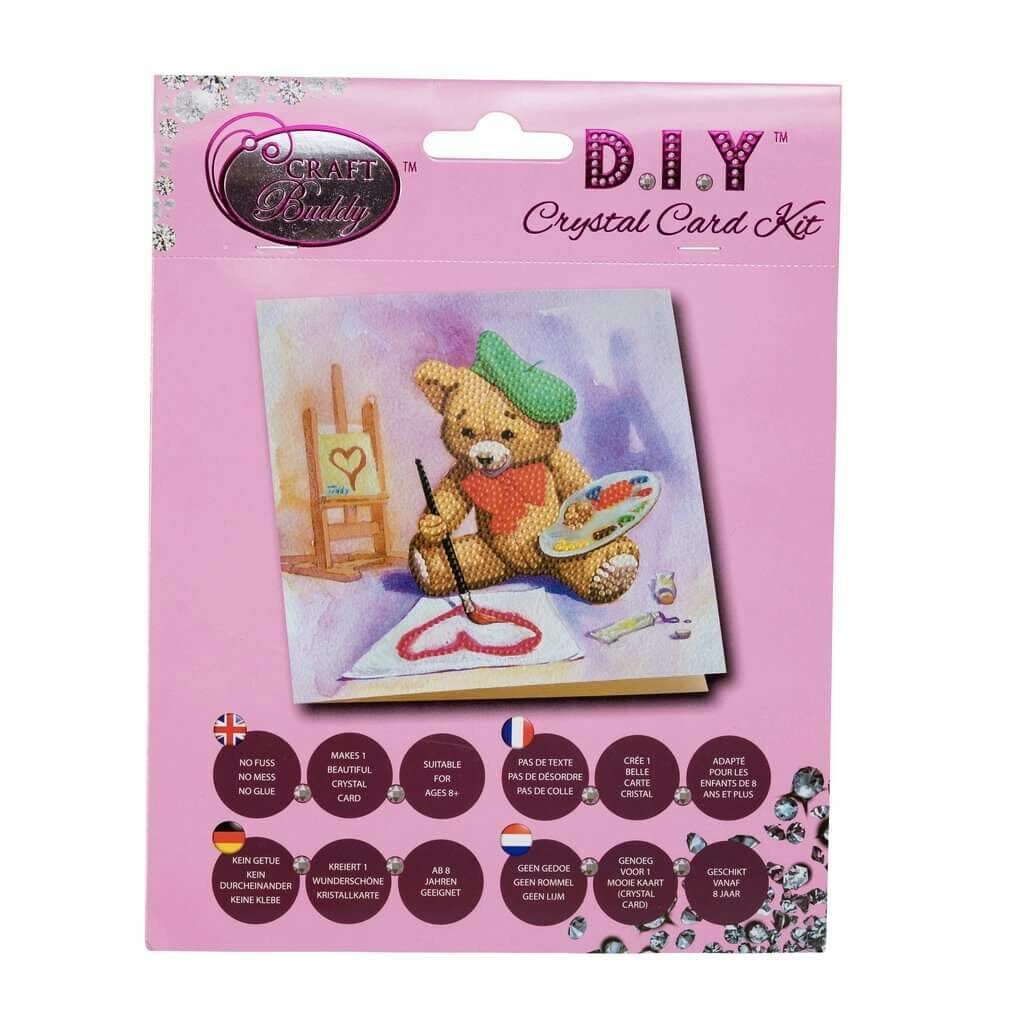 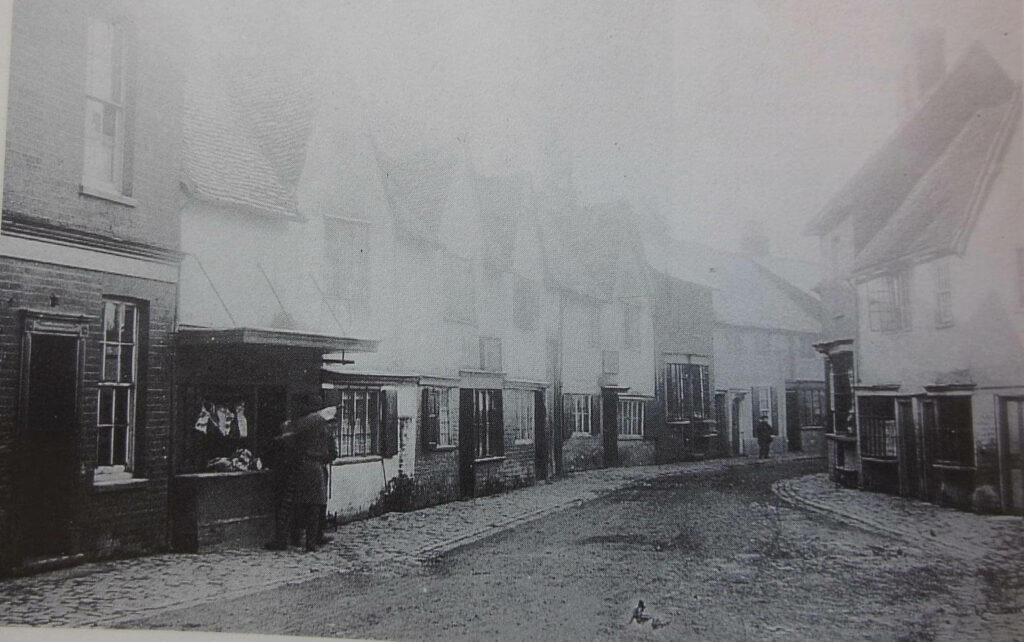 Teddy has been out and about looking for its name but got distracted by Orbitpress . He found out that Orbitpress moved to 11 Market Square in 1987 but before that many other businesses had been on the premises. The Square dates from the 13th century but the earliest shop record of number 11 is a drapers and newspaper reporter in 1891. It was then a fishmongers, then a locksmiths and shoe repairer. 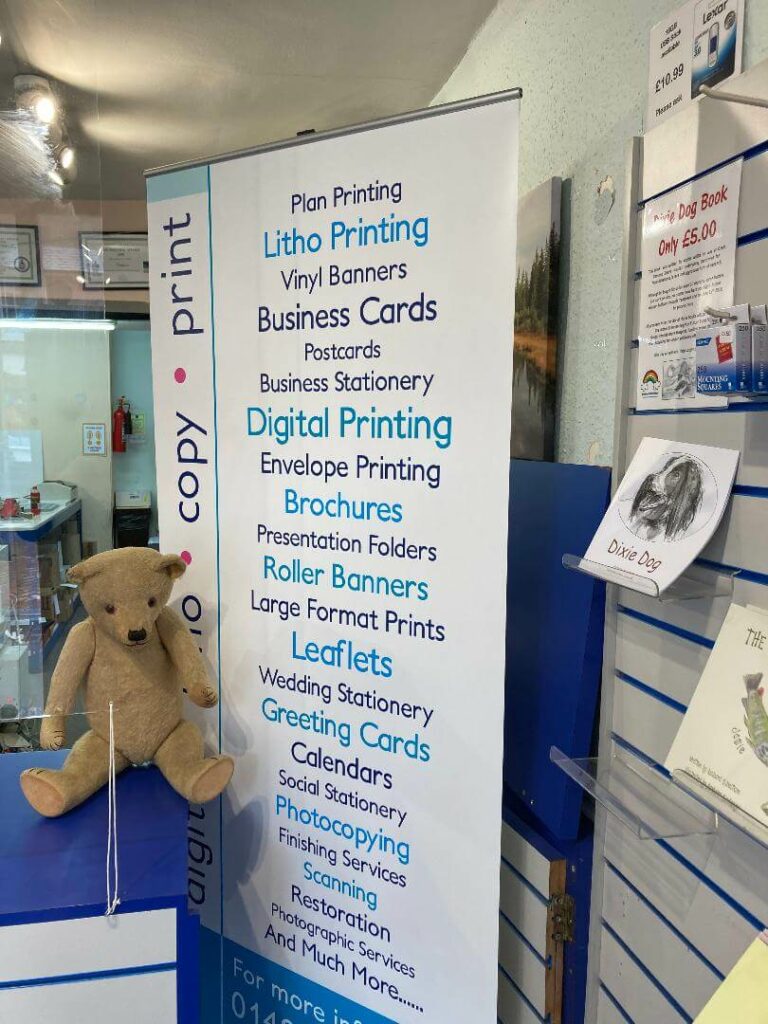 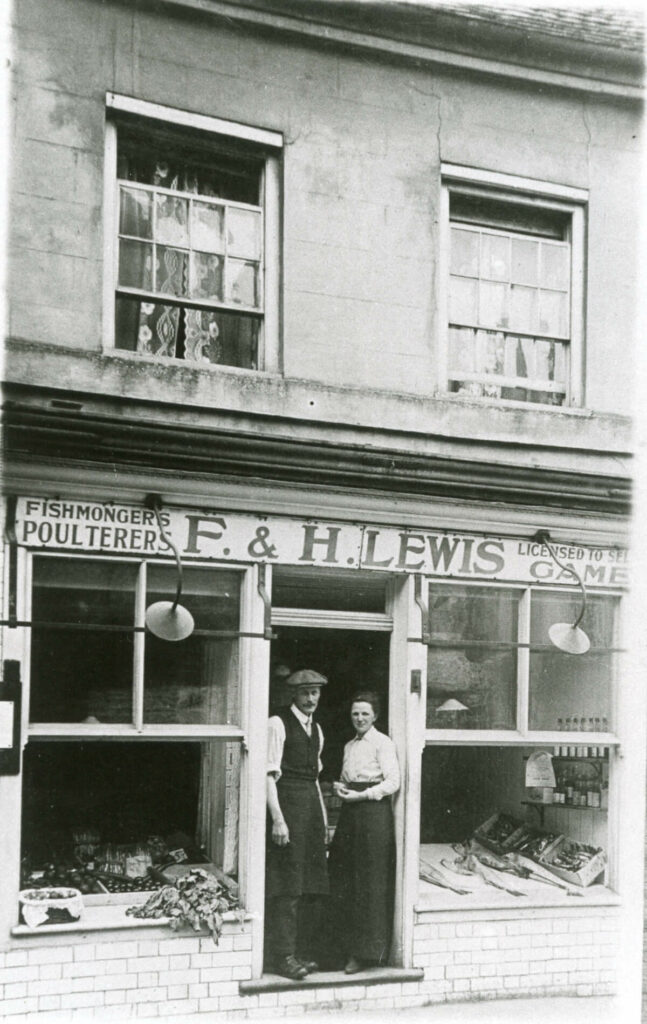 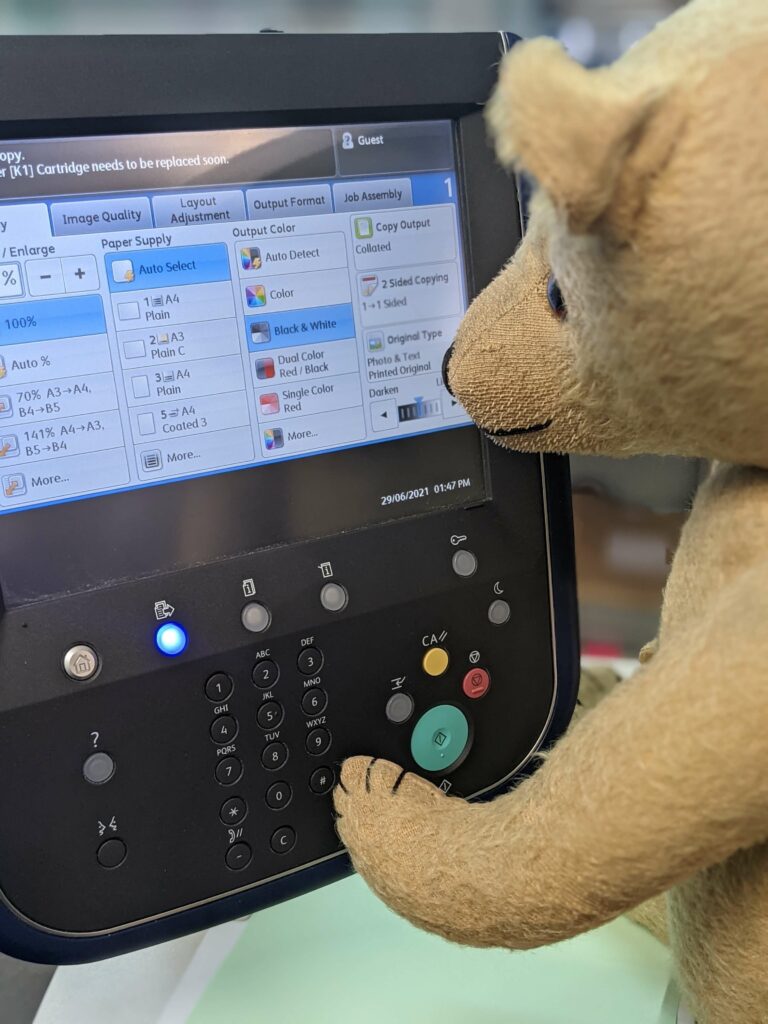 The Chesham museum mascot teddy has been out and about again looking for its name and ended up in the amazing Chapter Two book shop. We found out that if you buy from here you are also not just getting a bargain and helping the planet but also supporting The Hospice of St. Francis which helps local people affected by cancer or life limiting illness.

Teddy felt most at home with the vintage records and classics books section.

We learnt that it’s called Chapter Two as there was a bookshop in Chesham called Chapter One at number 15 Market Square. 15 Market Square was by coincidence was where Chesham Museum used to be after the book shop closed down and like teddy we are also looking for something – new premises! Please donate to our campaign or help in any way. 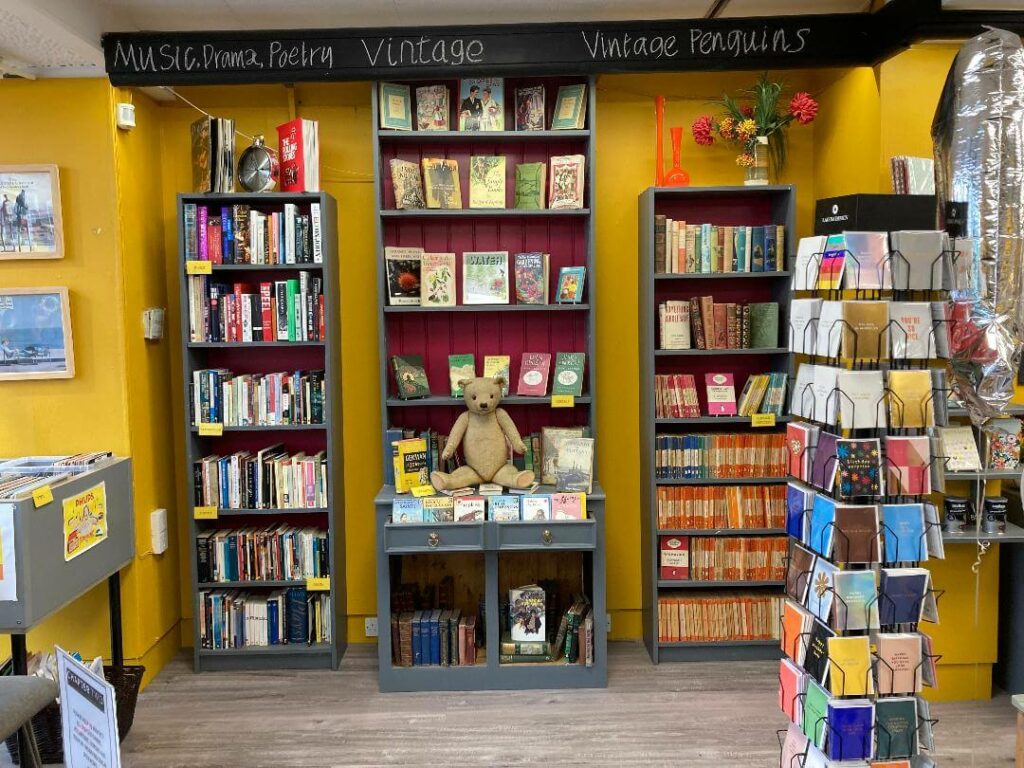 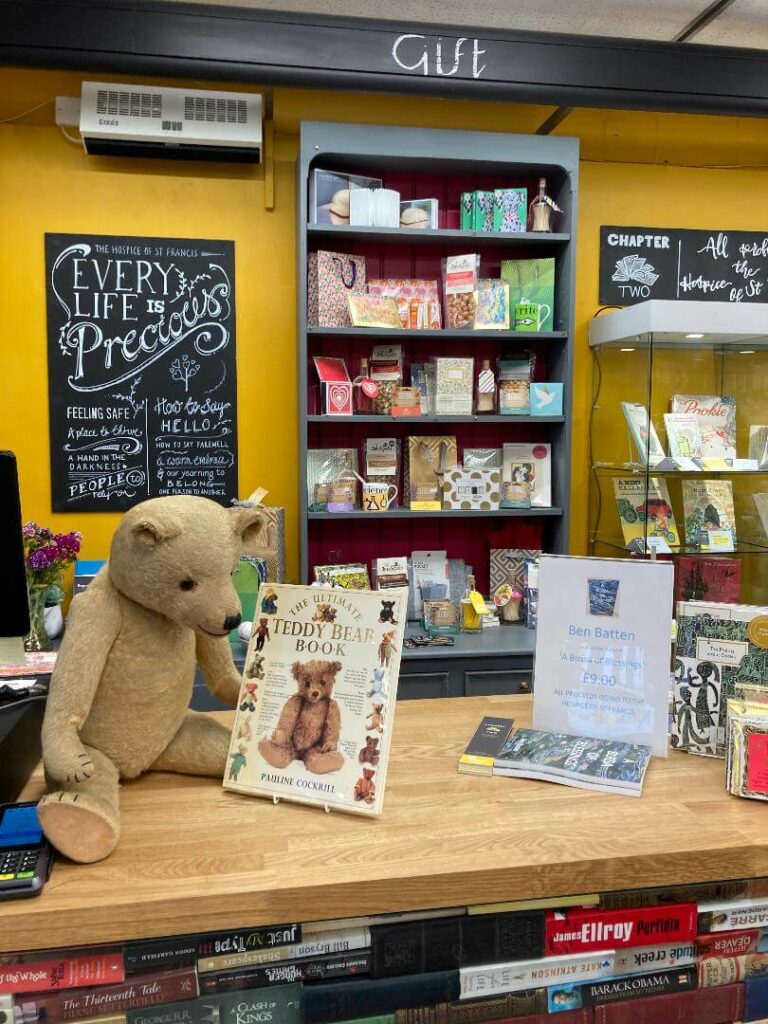 The new mascot bear went to find its name in Flix hair salon. It couldn’t be found but a great style was found instead. Lyn, who works there, also told us that her mother in law used to work at the Waterside teddy bear factory and she will enter the competition and ask to call the teddy after her 😍

Frederick Charles Bendall opened a hairdressing and tobacconist business here in 1907 it has continued to be a hairdresser right up to the present day. In 1928 the business was taken over by A W Melville from Mayfair and ‘Melvilles’ sold many wigs and hair pieces to the people of Chesham well into the 1960’s. In 1977 it became Salon 2000. 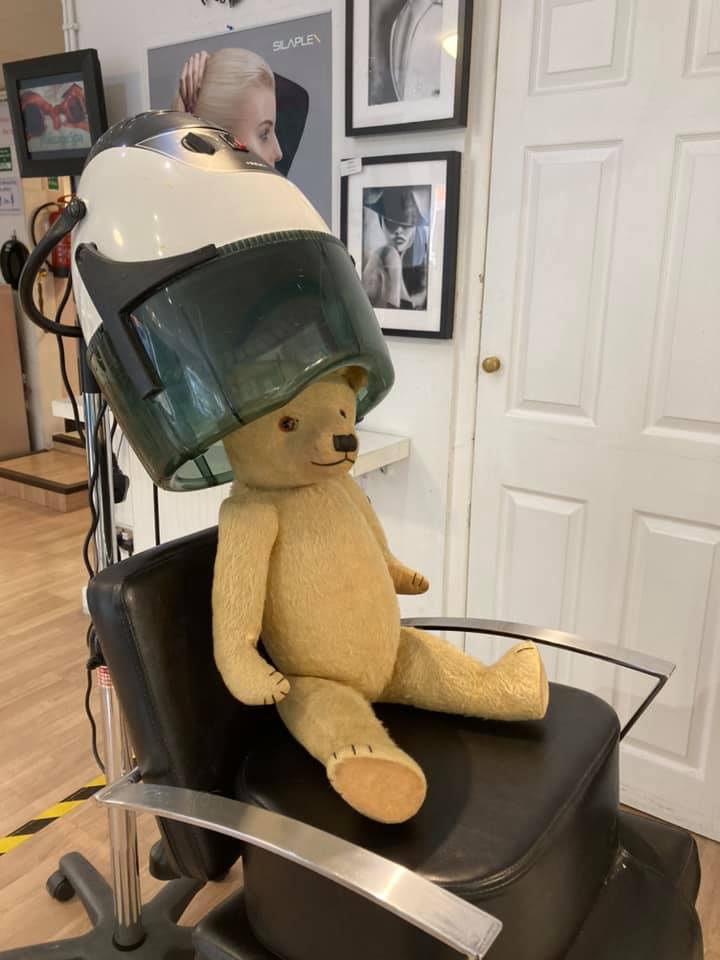 Our teddy mascot was out looking for its name! Teddy ended up having a drink in The George and Dragon which dates from the early fifteenth century and became a licensed coaching inn in 1622. In the 1790s if you wanted to go to London by coach it would pick you up from here and take 5 hours to get to Holborn. Think how quick the metropolitan line train is today compared to this! The Chesham mail coach also left here from the early nineteenth century.

Teddy found lots of great deals on for the Euros football and he will be back again! Thank you to all the lovely and friendly staff who helped. 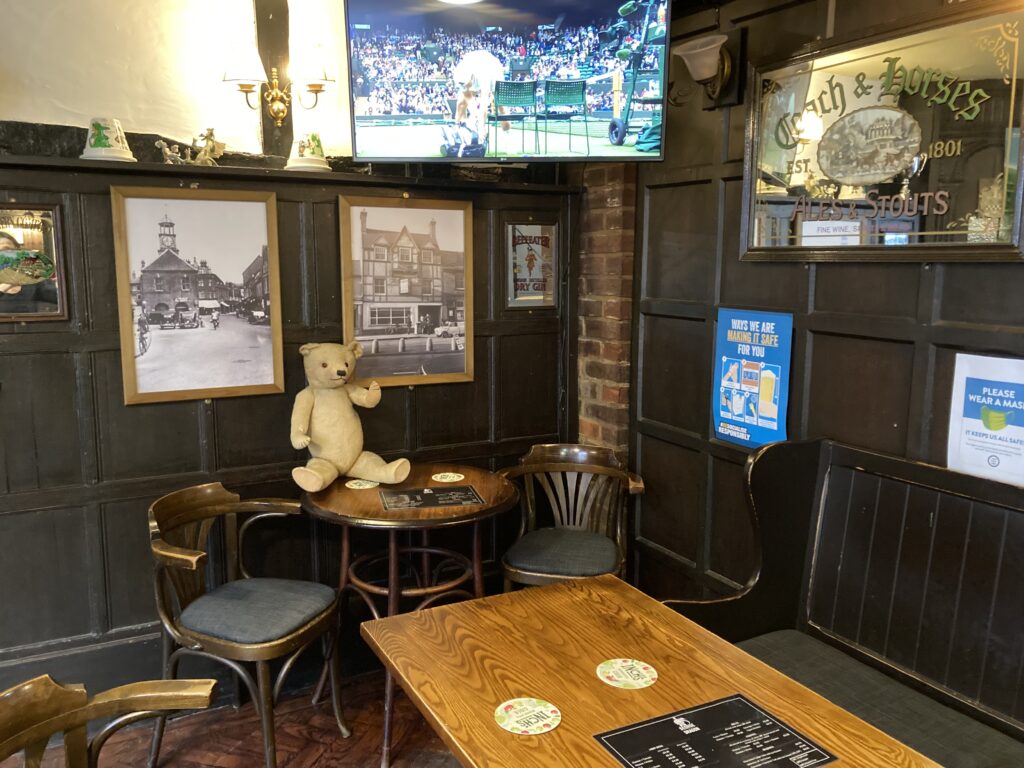 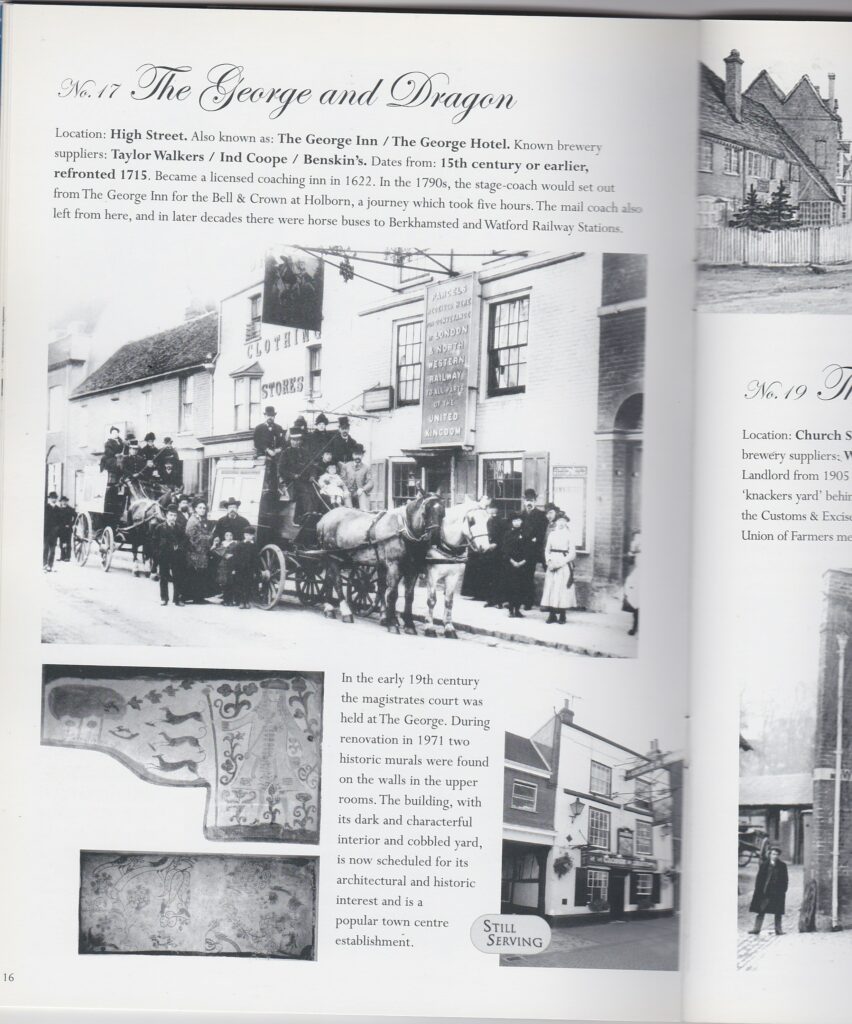