My happiest days that I remember were from 1936 to 1939. I lived at 8 Market Square, where my father had a furniture and general store, later a men’s outfitters. His father John had come to Chesham from London around 1890 and started a business at 44 Church Street. My bedroom was on the top floor. The house was very big, with furniture going back to the 1700s, including a huge table on the ground floor under which my sister Yolande (named after Thirties movie star Yolande Donlan) and I slept during air raids.

The house had about eight cottages, a stable and various workshops and one glass room which was called The Temple, presumably rented out for worship. The cottages had no toilets or running water and were condemned during the 1930s. The garden had an elder, the fruit of which was used for making elderberry wine. A walled garden was laid out with fruit trees and bushes of all kinds and a hazel tree.

I remember we always had a feast of gooseberries, black and redcurrants, apples and nuts. There were two summer houses and a well for the cottages. The garden backed on to fields which later became the Embassy Cinema car park.
I used to run across the field to my grandparents (John and Rosa Mary Reeve) at 44 Church Street. They lived at the rear, with two bedrooms and a study upstairs. At the front of the house was a cupboard and I remember my father digging down inside it to try and find a cellar. There was a myth that a tunnel ran along from the house to the church. The house had various workshops, one being let out to a printer. A grapevine ran the length of the house and there was a walled garden here too. The side entrance had a huge gate.

Next door to us was Gomms the butcher – we used to get our daily milk from the churns. Then Derek’s the butcher, where one of my best friends lived. Over the road was Lewis the fish shop. I still have the Japanese tea-set given by the daughter to my mother as a wedding gift. They were close friends. Behind the Town Hall was Atkin the barber. His daughter was our friend – she died suddenly at five years of age after complaining of stomach pains. Next door to number 8 was a disused pub; I remember going in there once and seem to remember it had a balcony overlooking the bar. Just around the corner in Church Street was a little sweet shop run by a very old lady called Mrs White and I used to go in there and buy sweets for a farthing.

Further down Church Street lived my friend Billy Stokes. He used to live the other side of the Park but his father, who was a bus driver, bought the shop and turned it into a successful workman’s café. It was by the entrance to the Embassy car park.

Mr Cox was my headmaster at school. He was a nice man who had also taught my father. Unfortunately my memories of him are forever linked with losing my father (John’s father, a Pilot Officer in WWII, was killed in December 1940.) We had to stand in the playground in the morning while Mr Cox inspected our shoes and hands. I remember the cold Christmas morning when I was told to tell Mr Cox that my father was missing. ‘I heard’ he said, and moved on. I can understand now that he was probably very affected by the news, but I’ve always remembered that moment.

Later on, in 1945, he was outside Gomms trying to drum up a celebration group for the ending of the war in Europe and I watched from the window. I couldn’t bring myself to go out.

I don’t think people understood the effect on a nine-year old boy. I used to get ‘black dog’ moods and I suppose for a long time after blamed my father, as did my sister Yolande. 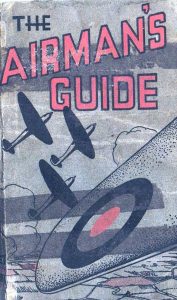 My last memory of my father was when he took me up to the Baulks on his last visit home. We sat and looked over Chesham and he told me that I was the man of the family now. He also dropped money in the grass which I found and I think he did that to make me remember.

During 1940 I watched London burning in the distance, fire from one end of the horizon to the other.  We also watched dog fights over London, and the little tobacconist’s shop next to my uncle Reg (men’s outfitter’s, 15 Market Square, from approximately 1931-1941. Before this he briefly had his business at 3 Church Street, formerly a pawnbrokers of John Reeve) showed a bloodstained parachute harness.  Later in the evening I watched a German plane come down Germain Street – I suppose aiming for the Embassy Cinema. He hit a house next to it and I believe killed everyone. (Gooding’s Forge – the daughter, Helen was killed). I saw the wreckage the next day and the clock on the mantelpiece was still ticking.

My granddad West used to take me on long walks from his house on The Moor on a circular route to Latimer and back.  In those days every hedge had a bird’s nest. We used to see trout in the streams and I remember swimming in the icy water.

I remember my birthday in 1945.  My grandmother asked me what I wanted for a present.  What I wanted most was a tin of condensed milk – I hadn’t tasted one since 1939! 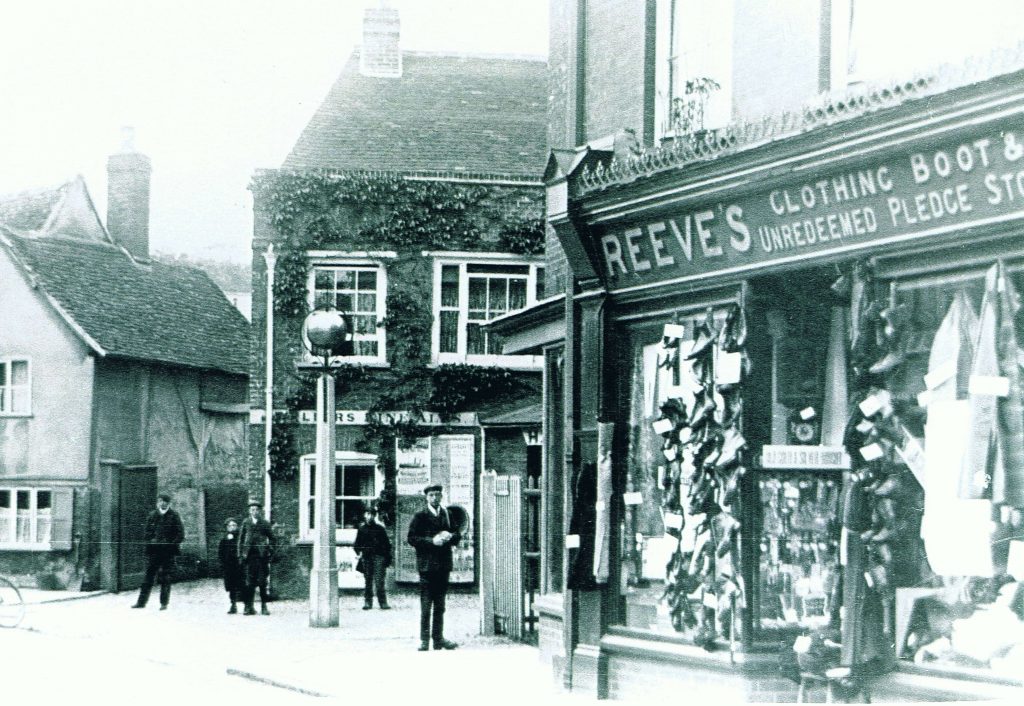 ← Kath Dolling (nee Smith) and evacuation | John Ellis biography →
We use cookies on our website to give you the most relevant experience by remembering your preferences and repeat visits. By clicking “Accept”, you consent to the use of ALL the cookies.
Cookie settingsACCEPT
Manage consent